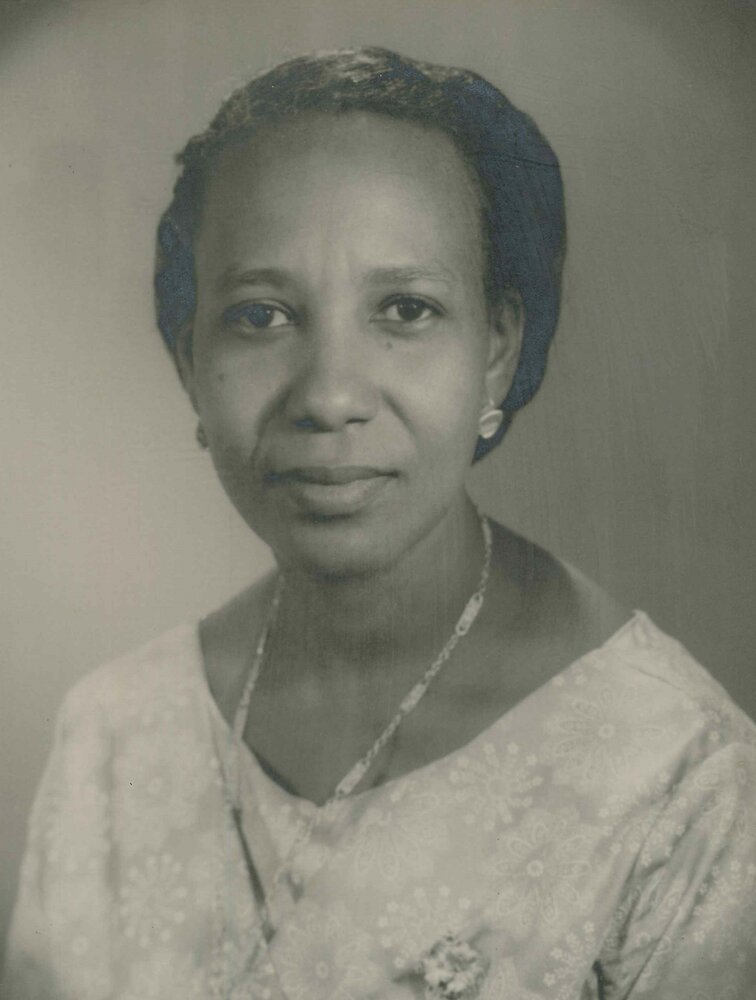 Mildred Edna McDougall (nee Kerridge) of Camden, New Jersey passed away on Tuesday, October 19, 2021 at her home.  She emigrated from Trinidad & Tobago in the early 1970’s.  Upon arrival in the USA, she first lived in Manhattan, then Brooklyn, New York.  She spent years living in Elizabeth, NJ before living the last 17 years in Camden, New Jersey.  Mildred, is mostly known as Nennie to all of her children, grandchildren, friends and extended family.  Mildred was born in Arouca, Trinidad in 1921 to Isidora Sougrein (known as Mama) and Nathaniel Kerridge.  She was married to Eric Russell McDougall who predeceased her in 1992.  She leaves her 4 children Kelvin, Angela, Michael and Margaret; along with 15 grandchildren, 32 great-grandchildren, 7 great-great grandchildren all in New Jersey, New York, Florida, Netherlands, California and Oregon.   She is also survived by many nieces and nephews in Trinidad, California, New York and Florida.  Mildred was the special grandmother, known affectionately as Millie, to Sandy and Jay VanDerzee of NYC and Connecticut, respectively.  She is also survived by her God-daughter Beatrice (Irene) also known as Bonnie of Diego Martin, Trinidad.

Everyone knows or will remember Nennie for her fried bakes, special west indian meals, her love for the New York Yankees baseball team, and her famous belly dances. Nennie loved going to Atlantic City.  Her favorite times were always taking the senior citizens bus ride to AC on Tuesdays, when she lived in Elizabeth.  She would speak of spending the whole day there, and then enjoying a nice meal in the casino buffet prior to returning home.  As Nennie approached and surpassed the age of 100, she still relished in heading back to Atlantic City, as she always spoke of it being fun.  She often remarked, if she won the ‘big one’, she’d be able to take care of her entire family.

Relatives and friends are invited to the Viewing and Funeral on Wednesday, October 27, 2021 at Falco/Caruso & Leonard Funeral Home

Interment will be on Thursday, October 28, 2021 at 11am at Rosehill Cemetery in Linden, New Jersey

Share Your Memory of
Mildred E.
Upload Your Memory View All Memories
Be the first to upload a memory!
Share A Memory
Send Flowers
Plant a Tree