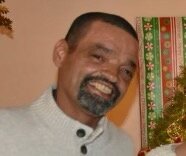 Please share a memory of Michael to include in a keepsake book for family and friends.
View Tribute Book

Michael is remembered for his smile and friendly demeanor.  He was an all-around “good guy”.  Michael loved spending time with family and friends. He especially loved playing dominoes at family gatherings and talking smack while doing so. Michael loved music.  You would often find him with his speaker listening to Salsa.  He is also remembered as a jack-of-all-trades, as he enjoyed helping his family and friends with any task, from fixing malfunctioning cars, or painting houses to carpentry and landscaping.

Michael is survived by many aunts, uncles, and cousins that he loved and cherished dearly. Michael was loved by many and his presence on earth will be greatly missed.

Relatives & friends are invited to the Visitation & Funeral on Tuesday from 9 to 11 AM at Falco Caruso & Leonard Funeral Home, 3425 River Road in Camden. A Funeral Service will be celebrated at 11 AM. Interment will follow at Calvary Cemetery in Cherry Hill.