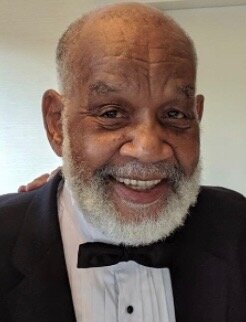 Delbert J. Nelson passed away on March 24, 2022, at the age of 91 with his daughters by his side.
Delbert Nelson was born on June 7th,1930 in Philadelphia PA to John Nelson and Lenora Snyder. He was educated in the Camden School system and attended Camden County Vocational High School in Pennsauken.
Delbert and his family move to the City of Camden when he was 8 years old and grew up in the Centerville section of the city. In 1958 he and his wife move to Parkside where he has been a resident for 64 years.
Delbert married his childhood sweetheart Doris in February 18th1950. At the time of her passing in 2018, they had shared 68 years of marriage. From this union came 4 daughters, Delisse Renee, Spring Alana, Dorri Lynn and Shelli Alisse.
Mr. Nelson was a Korean War Veteran, serving in the 43rd Infantry in Germany. He was a dedicated member of the Clarence Hill VFW Post#1297 - Camden, NJ serving as both Commander and Vice Commander. At the time of his passing, he was the Sr. Vice Commander of Lawnside Post 8003.  He achieved the honor of being named All State Post Commander
Delbert began his career as a Taxicab driver for the Yellow Cab company in Camden.  In 1949 he began working for the Campbell Soup Company retiring in 1994 after 45 years of dedicated service.
Affectionately called “The Mayor of Parkside”, Delbert played a very active role in his community.  He has always been involved in matters concerning improvements and the quality of life for its citizens. As a member of the City of Camden Democratic Committee, Delbert was one of the longest serving Committeeman, unquestionably a very effective and highly respected Ward Leader.   After retiring from Campbell Soup, he became active with many organizations in the city. He was a founding member of the Parkside Business & Community In Partnership, Inc., the City of Camden "Eye in the Sky" Committee, Camden Greenway Work Group, Vice Chair for the Camden City Human Relation Commission, the District Council Collaborative Board City of Camden (DCCB), Camden Public Safety Council and Vice President of the Camden Neighborhood Renaissance
He served as the mayors’ representative to the Battleship New Jersey Board of Trustees under two administrations.
Delbert is a Thirty-Third Degree Master Mason and Past Master of Refuge Lodge #7 A. F. & A.M Philadelphia, PA. In Addition, he was a member of the Philadelphia Joint Shriner Association.
Delbert will now spend eternity with his wife Doris, his parents, John and Lenora, siblings Dorothy, John and Ethel, daughter Shelli and grandson Joel.  Until we meet him again his love and legacy will live on in the hearts and minds of our family.  He leaves to honor and cherish his memory, his loving children Delisse Gilmore (Sam), Spring Nesbitt (Hallie), Dorri Brown (Richard) and son in law Gregg Hutton. His brother Allen (Naomi), five grandchildren Kindra (Darryl), Jarrad, Christian, Taylor (Jasir) and Alana, 5 great-grandchildren Jarrad Jr., Jamie, Dreu, Azaz and Zorin. one brother-in-law Dawain Ford, His daughter-nieces, Karen (Preston), Suzanna (Charles) Rafia (Parker), Natasha, Summer, Jazmin and a host of loving family and dear friends.

Relatives and friends are invited to the Visitation and Funeral on Wednesday, March 30, 2022 from 9 to 11 AM at the Falco/Caruso & Leonard Pennsauken Funeral Home, 6600 N. Browning Road, where a Funeral Service will be held at 11 AM.  Interment will follow at Harleigh Cemetery in Camden.

Share Your Memory of
Delbert
Upload Your Memory View All Memories
Be the first to upload a memory!
Share A Memory
Send Flowers
Plant a Tree